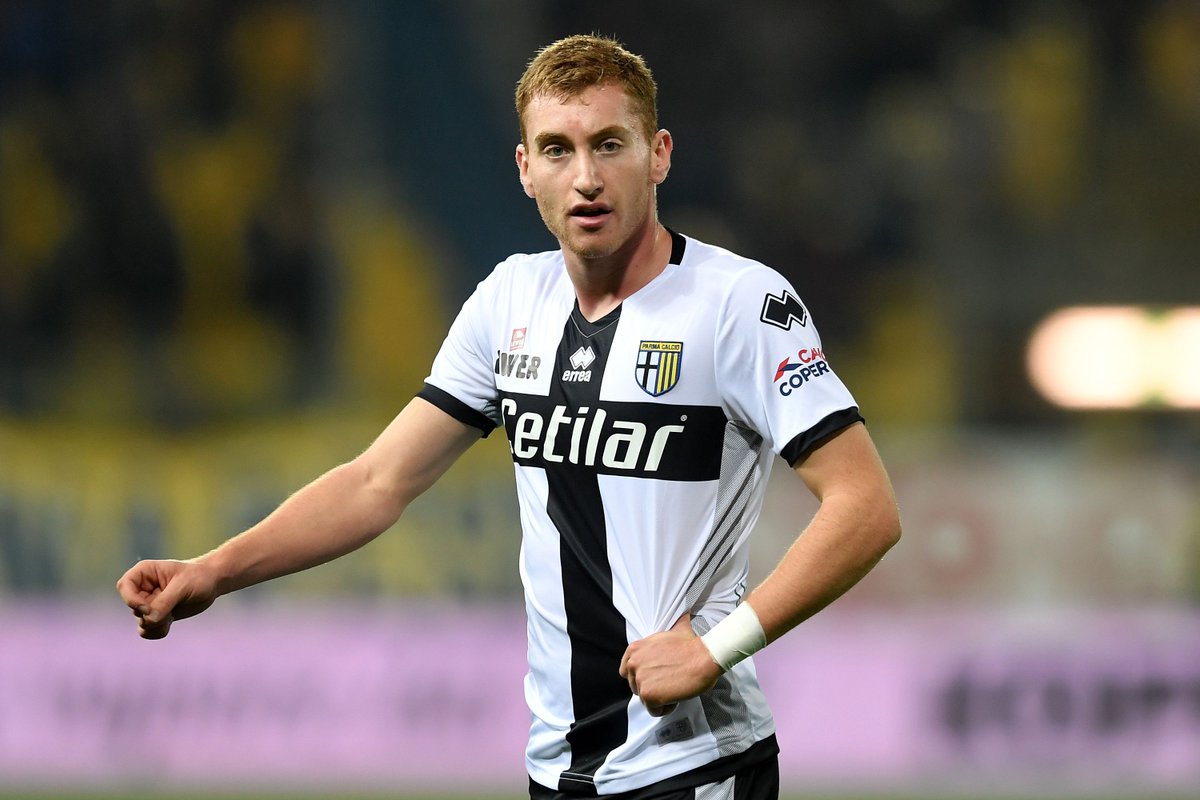 In recent years, teams in the Italian league have taken away faith from the youth and handed it to the older players (like Ashley Young and Zlatan), something they’ve often been criticized for.Continue reading

You definitely do not spend nine years at Old Trafford and then get signed by the current Inter team if your footballing abilities are not up to scratch. Below we are going to take a look at some of the best moments from Young’s football career.Continue reading 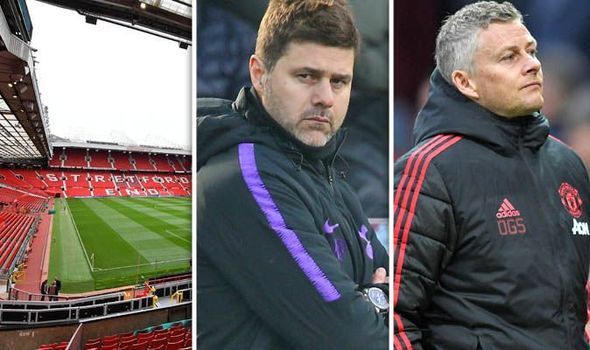 Manchester United are set to complete the signing of Ivan Perisic from Inter Milan in the next few days, reports in England say. The transfer price for the player has been the main reason delaying the deal – Inter want £48 million for the player but United want to offer significantly less for the 28-year old winger.

Inter also reportedly asked Manchester United about its forward Anthony Martial. The Serie A side are looking at the possibility that the struggling Red Devils France international would move to Italy.Continue reading

However, since the departure of Ferguson he has found his role reduced in the side under the three managers that have taken to the dugout – David Moyes, Louis van Gaal and Jose Mourinho.Continue reading

Ashley Young has struggled to make an impact since Jose Mourinho was appointed as the new Manchester United manager last summer and it wouldn’t be a huge surprise to see the winger push for a move away from Old Trafford before the end of the transfer window.

Young, who joined United from Aston Villa for a reported fee of £16 million in 2011, has racked up just 235 minutes of Premier League football this season – a disappointing run considering his improved effort in the 2015/16 campaign. In fact, the 31-year-old has featured just three times since starting in United’s 0-0 draw against Liverpool at Anfield in October; and two of those were in cup competitions.Continue reading

Manchester United will visit the Allianz Arena in the midweek action to take on Bayern Munich in the second leg of the quarter-final match. This Champions League encounters of United take a 1-1 draw against the German outfit in the first leg.

Hence, they come into the second leg with a lot of confidence, which did not appear to be within the United ranks only a few weeks ago. They have the opportunity to at least salvage some pride for the season by reaching the Champions League semi-finals.

Bayern certainly have the advantage due to the away goal that they scored through Bastian Schweinsteiger.

However, winger Ashley Young feels that United have the capability to score a goal at the Allianz Arena and level the tie. Bayern Munich recently launched their formidable unbeaten record after 54 matches when they were beaten 1-0 by Augsburg during the weekend. As a result, they have not won in the last three matches. United, meanwhile, find themselves coming into form at just the right stage after they beat Newcastle 4-0 tracks to goals from Juan Mata during the weekend.

Bayern dominated the possession in the first leg, but it was United who had the better of opportunities with Danny Welbeck being denied by Manuel Neuer.

“We’re aware of Bayern’s great home record but it’s important we concentrate on ourselves and not think about that too much. We can take a lot of confidence from the first leg against Bayern; we know we can create chances and while we have to go there and score, we won’t go crazy straight away because there are 90 minutes to play. We have to make sure we take our chances and hopefully we can defend exactly as we did in the first leg,” said Young, who is expected to be replaced by Kagawa.

Crystal Palace defender Joel Ward has stated that all the players at the club are aware of Manchester United’s Ashley Young, who has a reputation for diving in order to win penalties against the opposition.

Young has been involved in several controversial penalty appeals since coming to Manchester United in a £16 million deal several years ago. Previously, he did not get the same reputation since he was at Aston Villa – a club with a much lower profile than United. Young was guilty of simulation against Crystal Palace a few years ago.

He turned out to be lucky back then, as United were given a penalty, which proved to be the difference between the two teams. Ward is keen to avoid a repeat of the same when Crystal Palace travel to Old Trafford in order to take on the United team, which is struggling to get results. Ward has stated that the players need to be aware of Young and not give him any opportunity to go down in the penalty box. Young has been warned several times by previous manager Sir Alex Ferguson.

The disciplinary reaction has also been taken by current manager David Moyes, but so far it has not had any effect on the England international.

“You have to stay on your feet and not dive in and not dangle your legs. Players are always going to look for opportunities to maybe an advantage but we’ll be trying to stop him getting into those positions. It has been an interesting season at United. And they still have the players who can turn it on. It’s never a good time to play them but we’re going to turn up believing in our own ability to make sure we give them a good game,” said Ward ahead of the match.

Ashley Young says that the match against Arsenal was a good display of defense from the defending champions and in fact they could have clinched the match with a last minute goal but the super save from the Arsenal goalie did not let that happen. United has been very unstable this season and they have lost too many home matches which have led to their downfall in the Barclays Premiere League.

They are now in the seventh place in the league table with a difference of fifteen points from the league leaders Chelsea. United went to the Emirates following a 2-2 draw against Fulham in the weekend and when the fans were very disturbed about the defense the team put up a really good show against the Gunners. A win would have taken Wenger’s team to the top of the league table but they failed to crack the United defense and came close to scoring only twice with Giroud missing an easy chance in the second half.

Ashley Young who has been in and out of the United said that he is enjoying the time he is getting in the field and hopes to capitalize on that. When asked about the January transfer he said that the addition of Juan Mata has really strengthened the team and hopes to finish in the top four by the end of the season.

Although Liverpool look to be the favorites to finish in the fourth spot but young said that you may not know what can happen in the end and Liverpool may lose points. But he is also wary of the fact that United would have to overcome Tottenham Hotspurs and Everton and Liverpool in order to earn a spot for the fourth which would enable them to play the Champions League next season.

Ashley Young will not feature for Manchester United in the upcoming FA Cup fixture against Swansea City because of the shoulder injury that he suffered against Tottenham Hotspur.

The English winger collided with the opposition shot stopper in that game against the Spurs and got injured. He might have to remain out for a long period of time due to that injury. The Red Devils manager, David Moyes, told that to the reporters in a press conference yesterday.

Most of the people reckon that the Tottenham goalie Hugo Lloris should have been shown red card for that challenge against Young and a penalty should have been handed to United. But, Howard Webb who was refereeing that game didn’t have the same opinion as he refused to do either of these two things. United eventually got beaten by 1-2 in that game.

Moyes also believes that not to send Lloris off for that challenge was a bit unfair on referee’s part in Wednesday’s game.

When asked about Young’s availability for the match against Swansea, the Scottish manager said, “I think Ashley will have to spend some time on the sidelines. However, right now, I can’t tell you exactly for how many weeks he would not be playing,”

When asked if he thinks that the video technology should be used during the matches to avoid wrong decisions being made by the referees, Moyes said, “There is no doubt in my mind that the referee took a wrong decision in that Tottenham match, but, still, I don’t want the use of video technology for these sort of things. We should leave it in the hands of the referees. There will always be a few wrong calls here and there as they are also human beings.”

United’s match against Swansea will take place at their home ground Old Trafford.