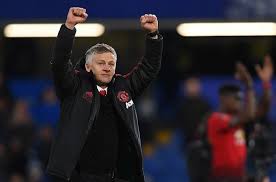 Shortly after the extension, interim boss Ole Gunnar Solskjaer spoke about the fantastic attitude of the Englishman since his arrival at the club and said that his involvement could be crucial with several young players around the club, he told the club’s website: “Since I’ve come into the club, Ashley has been fantastic. His attitude and his experience around the place is vital for us because we have got a young team. We’ve got players that need some leaders in the dressing room and Ash is one of them so I’m delighted.”

Young started his United career with a wider attacking role and he was quite often brought on from the bench. However, as he has grown older, managers have tended to utilise him more in the full-back positions and in the current campaign, he has pretty much been the first-choice on the right side of the defence.

Nonetheless, the club should be aware that the 33-year-old is approaching the final stages of his professional career and it remains to be seen whether DiogoDalot can make the grade up to replace the Englishman on a permanent basis. The Portuguese has earned the occasional start during the ongoing season but he has not managed to command an extended run of matches yet to convince that he can be the long-term option for the right-back spot.

Elsewhere, Antonio Valencia could be released on a free transfer when his contract expires during the summer and his departure may tempt United to pursue a younger option to reinforce the right side of the defence.