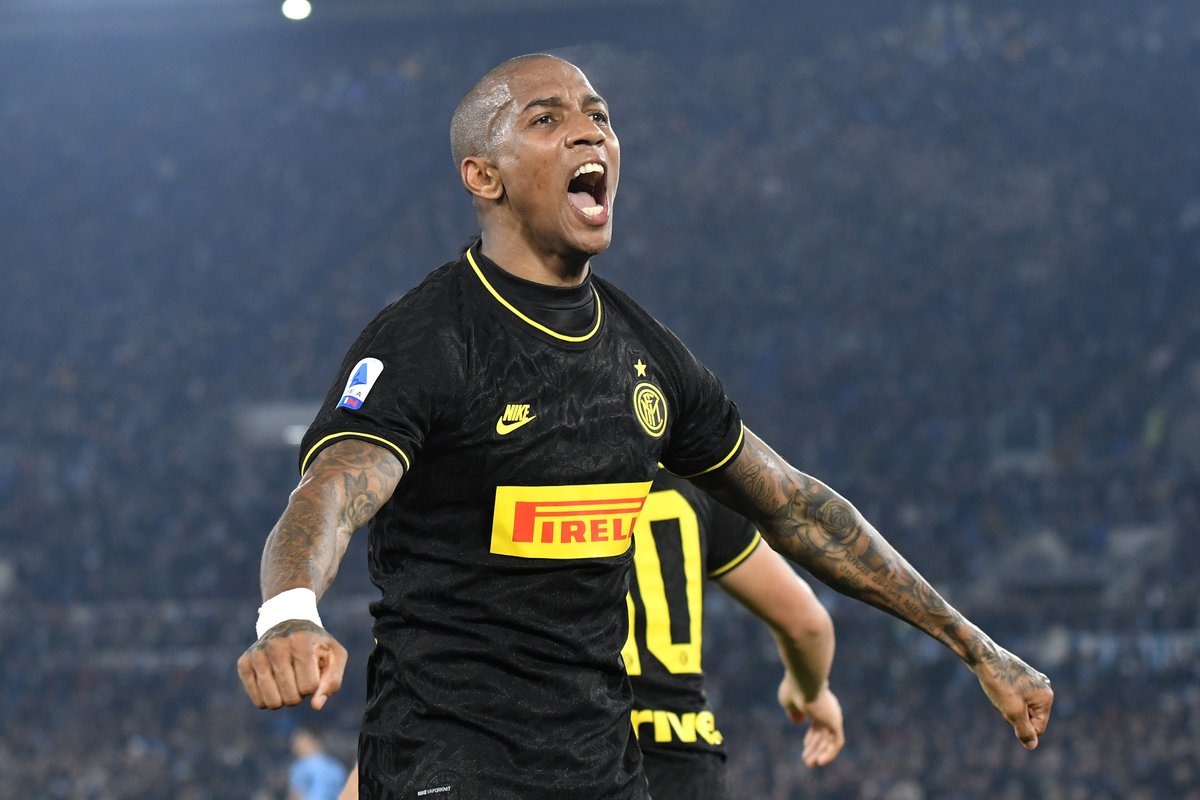 Ex-England international Ashley Young was featured during the Manchester United clash at the Optus Stadium in Burswood, Australia earlier this weekend. He was a second half substitute as the two teams settled for a four-goal thriller. The two Premier League clubs had a perfect pre-season record before they faced each other in Australia. They had won three games each before the meeting on Saturday which ended in a 2-2 draw.

Experienced campaigner Ashley Young was able to face his former club at the Optus Stadium. The veteran player came on as a second half substitute for Scotland midfielder John McGinn on 64 minutes. Ashley Young will spend another season at Villa after he signed a one-year contract extension this summer. He returned to Villa Parkfor his second spell at the club last summer on a one-year contract.Continue reading

Aston Villa remain in talks with Ashley Young over the possibility of the veteran player signing a contract extension. This is despite the fact that he was on the list of released players for this summer.

English journalist Matt Maher writes for English & Star and he says Ashley Young could still sign a new contract at the club. It is understood that negotiations are ongoing to extendhis stay at Villa Park beyond this summer. Earlier last week, the veteran England player appeared on the released players’ list at the club. His Aston Villa contract runs out at the end of this month. The former Watford and Manchester United star is in his second spell at Villa having returned to the club last summer on the back of his Inter Milan spell.
Continue reading 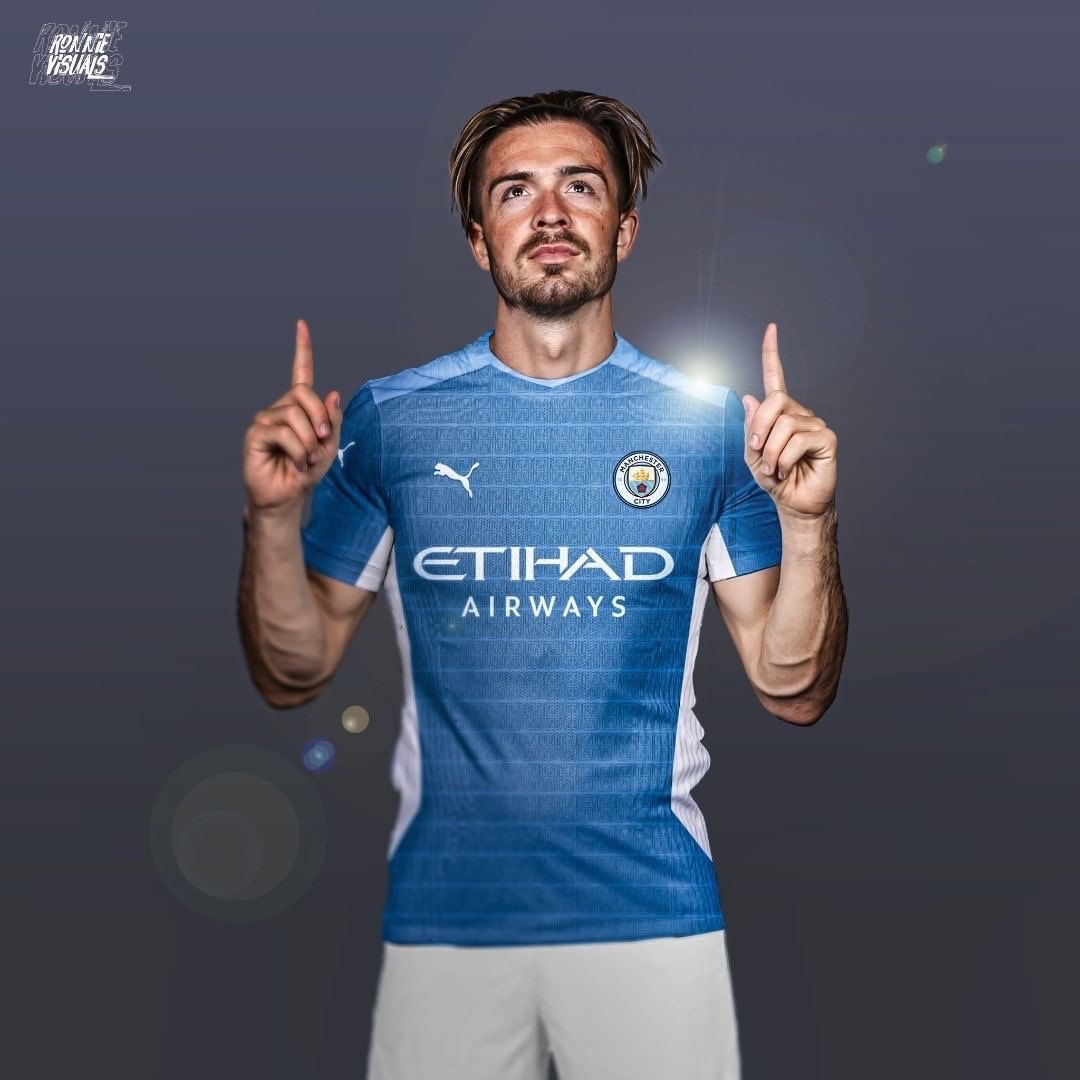 When asked if Grealish being on the other side would fire up the visiting fans on Sunday, Agbonlahor told talkSPORT that he doesn’t thiink they will mind, stating that he thinks  a lot more Villa fans are okay with the idea. He said that at first a lot of them were hurt, one of their best players has left and obviously they were disappointed, but from social media now you see a lot that if Jack Grealish wants to come back tomorrow they would take him with open arms.Continue reading

Veteran Aston Villa player Ashley Young watched from the substitutes’ bench as his team came from behind to secure a 1-1 draw with Burnley who are in a relegation battle.

Aston Villa manager Steven Gerrard rotated his team with an eye on the final day of the season this weekend, but Ashley Young was left out of the starting XI. The likes of Danny Ings and Philippe Coutinho dropped out of the starting XI from the home game with London team Crystal Palace with the likes of Emiliano Buendia and Carney Chukwuemeka replacing them in the Villa XI.Continue reading

The Times have reported that Young is keen on staying at Villa beyond the summer of 2022 when his current contract runs out. The former Manchester United star, who can also operate as a full-back, moved to Villa on a free transfer in the summer of 2021 after leaving Inter Milan. Young signed a one-year contract with the Villans, and, according to The Times, he wants to continue playing for Villa. 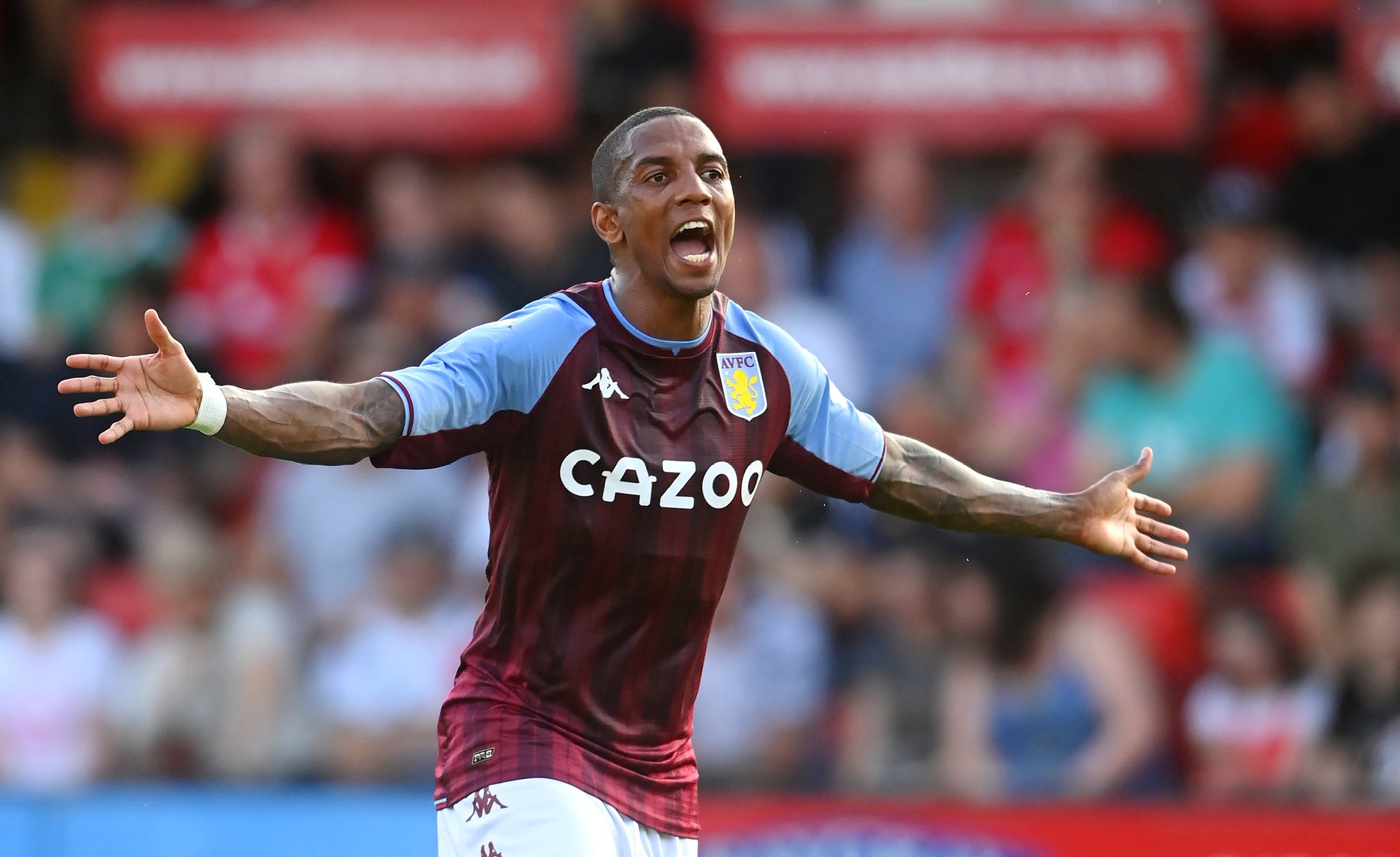 The 36-year-old, whose first spell at Villa was from 2007 until 2011, loves Villa and the fans and is enjoying playing under manager Steven Gerrard, according to the report. In a specific point of view, it would make sense for Villa to hand Young another short-term deal. Yes, Young is 36 now, but he is hugely experienced, and his presence in the dressing room at Villa Park is surely going to help the younger players.
Continue reading

Aston Villa had a fairly miserable return to Premier League action this afternoon after losing 2-1 to their Midlands rivals Wolves at Molineux. 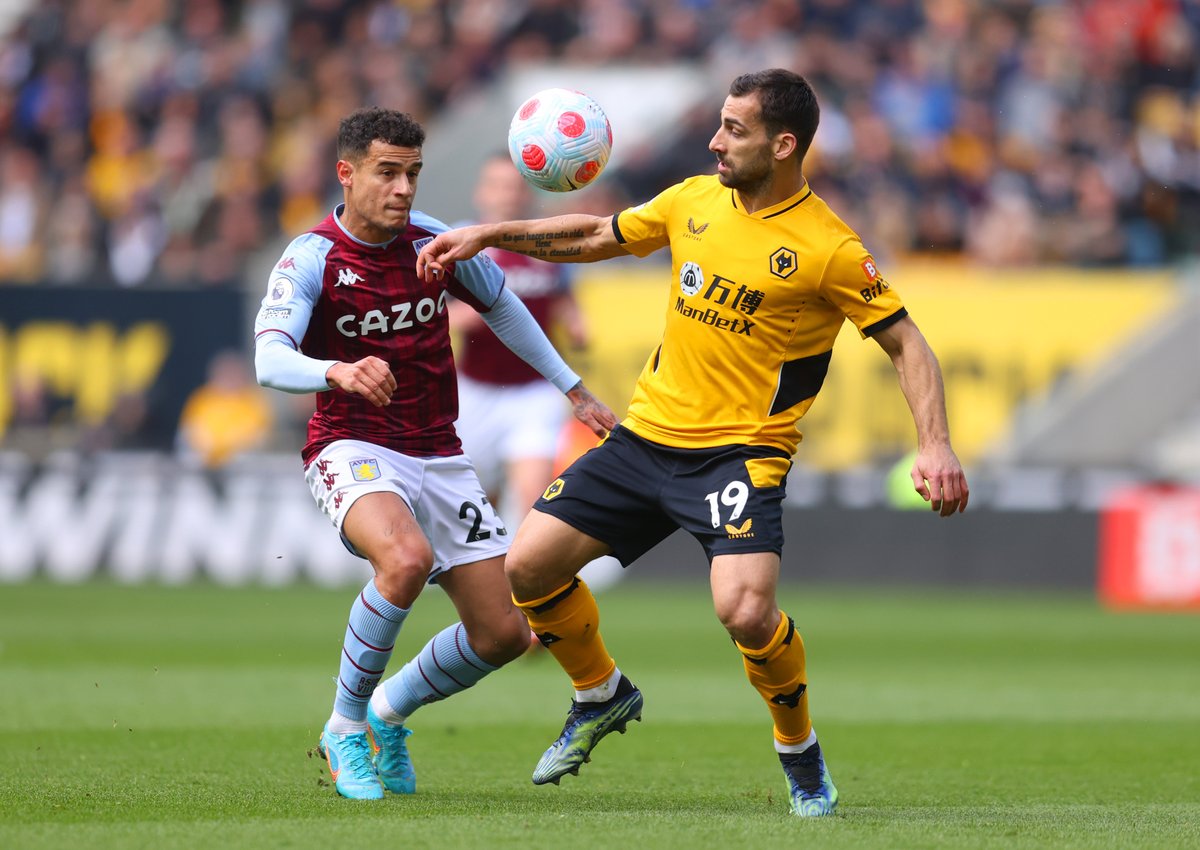 The Villans found themselves 1-0 down after just seven minutes as full-back Jonny Otto got his name on the scoresheet. Things then got worse for the away side as Ashley Young, who replaced the injured Lucas Digne just a few minutes after the opening goal, ended up turning the ball into his own net with 36 minutes on the clock.Continue reading

Whilst speaking about the future of Ashley Young at Aston Villa, the former Liverpool captain compared his player to Milner. Gerrard said that Young is a player who can come in and do any job on a football pitch. He added that there aren’t many people who can do that, especially at his age as well. And that he’s one of a few, like James Milner, who are a manager’s dream. 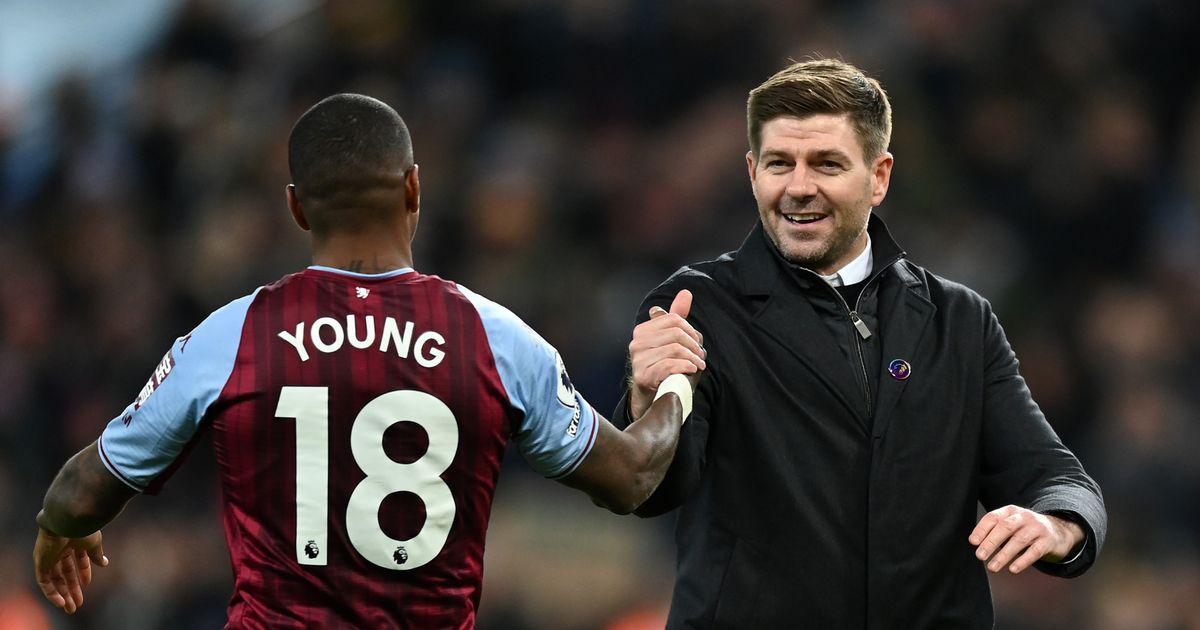 Gerrard is clearly a huge fan of Milner, who he played together with for England. Gerrard also continued by saying that certain situations crop up where you need someone to come in and do a certain type of job. It doesn’t matter whether it’s on the left, the right, in the middle, in attack, it doesn’t matter what you ask them to do, they just carry it out.Continue reading

This past weekend saw Christian Eriksen return to the football pitch to play a professional match for the first time since his long layoff from football. The Danish midfielder was introduced onto the pitch by Brentford for the first time since sealing a move to sign for the English Premier League club in the summer. Following the scary incident that happened at the UEFA Euros competition during the Finland and Denmark game that saw Eriksen collapse on the field and almost lost his life, a lot of people believed that the midfielder would no longer be seen playing football. 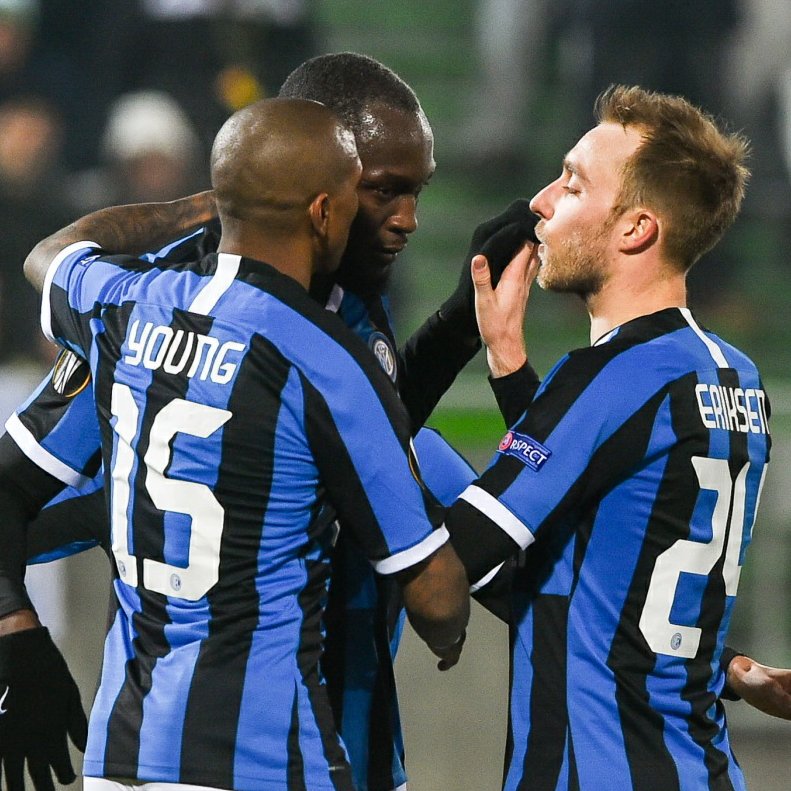 His contract was terminated by Inter Milan as the Italian Serie A rules forbade him to continue playing with his heart condition. However, his return to playing football was applauded by a lot of people, including Aston Midfielder veteran and his friend, Ashley Young. Young took to  social media to send his former teammate and friend, Christian Eriksen, a message following his return to football this weekend.Continue reading

Veteran Aston Villa fullback Ashley Young was a substitute during the second half of the Premier League clash with relegation-threatened Watford at the end of last week. The ex-Manchester United and Inter Milan player came on as a 65th minute substitute for Poland international Matty Cash against former club Watford in the league game which ended in a 1-0 win for the Hornets.

Ashley Young is back at Aston Villa for his second spell at the club. He joined them on a free transfer after his Inter Milan spell came to an end at the end of last season. He was part of the Inter Milan team that won the Italian Serie A title under Antonio Conte last season. Ashley Young started his career at Watford before he signed for Aston Villa in 2007. He spent four years at Villa Park before Manchester United signed him in the summer of 2011.Young was a Manchester United player for almost a decade before he signed for Inter Milan at the start of 2020.
Continue reading